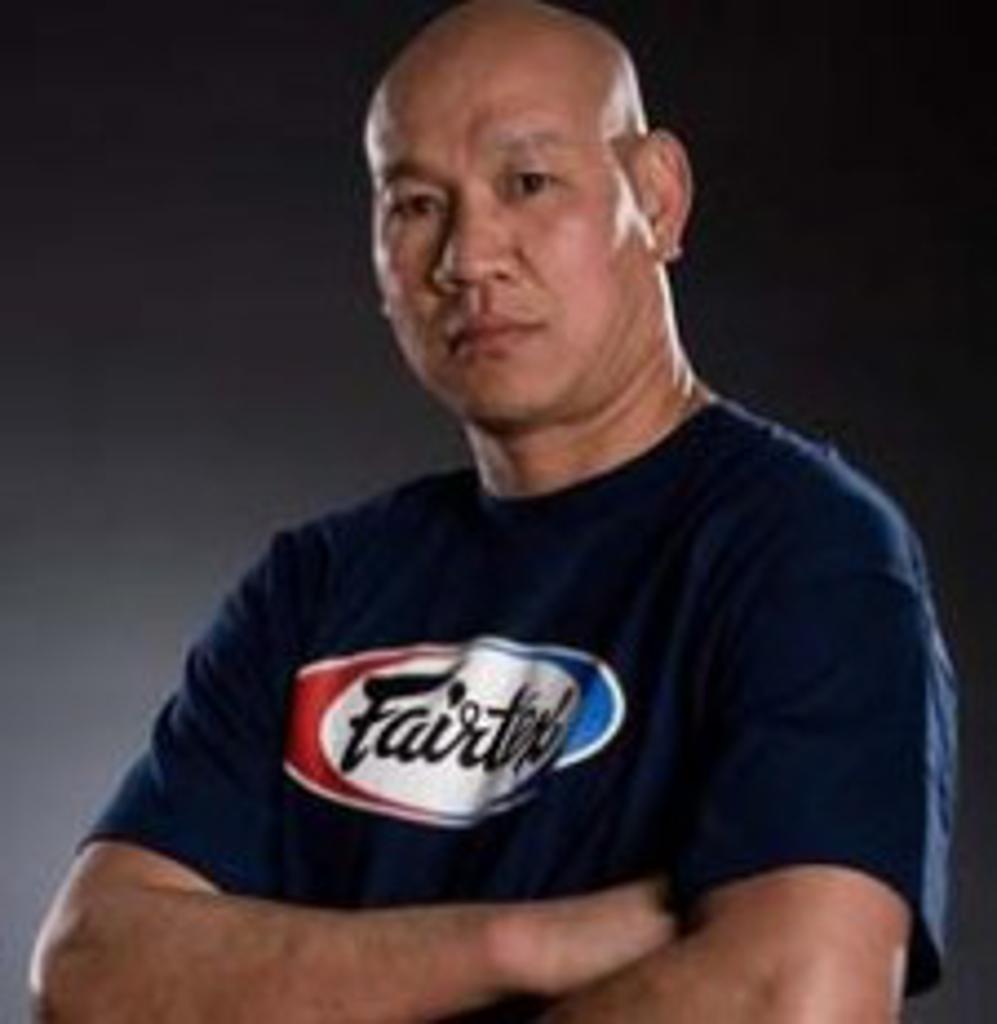 For over 30 years, Ganyao “Dr. Knee” Arunleung has been a driving force behind the famous Fairtex Muay Thai camps in Thailand and USA.  The closing of the Fairtex San Francisco camp in August 2011 ended an era of “Fairtex” as we once knew it.  However, the legendary training lives on, when the former Head Muay Thai Trainer, Ganyao “Dr. Knee,” chose Pacific Ring Sports to be his new home.  This was perhaps the hottest news in the Muay Thai community in the US in 2011 and marked the beginning of a new era.

Born in a poor suburb of Bangkok, Thailand, Ganyao left school to train at the Sitpodang camp as a professional fighter at the age of 15. As is with many young fighters, professional fighting was the only way to get his family out of poverty.  In true Thai style, he fought his first professional bout after just two months of training. By the time he retired from the ring at 25, he had fought 65 times in Thailand, including bouts in Lumpinee and Rajadamnern stadiums. His knees were so strong that he earned the nickname “Dr. Knee.”

After Sitpodang merged with Fairtex in Bangkok (and after he had completed the military service required of all Thai men), Ganyao worked as a Fairtex trainer at Fairtex Muaythai Bangplee. Ganyao, who stands 6’4,” is an anomaly for the average Thai.  This gave him an edge and he became successful training larger Americans and Europeans. He also adapted his Muay Thai style for fighters in K-1 and MMA rules. Under Mr. Philip Wong’s (Fairtex founder and Chairman) strategic decision to introduce Muay Thai to the States, he moved to Fairtex Muay Thai Arizona camp in 1993. Fairtex was later relocated to San Francisco in 1996.

Owner of Pacific Ring Sports, Michael Regnier, started training with Ganyao in 1996.   Throughout the years, he has become a respected trainer, mentor and close friend.