Michael Regnier is the owner and Head Muay Thai Trainer of Pacific Ring Sports.  His 25-year career in Martial Arts started at the age of ten.  He received black belts in Karate, Tae Kwon Do, Southern Kung Fu, Northern Kung Fu, and Wing Chung.  As a teenager, he had several fights on ESPN2, and was the first American to be certified as a Muay Thai Fairtex trainer through the late Alex Gong and Michael’s trainer, Ganyao “Dr. Knee” Fairtex.  Looking to fight full Muay Thai rules with elbows and knees, he fought for B. John Promotions in the US, winning the California Cruiserweight Title.  Michael also lived and fought in Thailand for several years.  He went up to super heavy weight, to compete in the K-1.  He has trained many Muay Thai fighters and UFC fighters such as Dean Lister and Brandon Vera.  Michael is also Krav Maga certified.  Read Michael's Bio.

Former Filipino Boxing Champion, Roberto “The Hitman” Garcia is the Head Boxing Trainer at Pacific Ring Sports. He is a sought-after trainer who has been immersed in the fighting scene for the past 30 years.

Training pro fighters. Robert’s contribution to boxing has made many fighters what they are today in the fight world. He has assisted in training World Champions, including #2 Pound-for-Pound boxer Andre Ward, as well as Andre Berto, and Amir Khan. He has also assisted in training NABO and NABF middleweight champion Fernando Guerrero, Brandon Gonzales, Karim Mayfield, and Alfredo Angulo. He was head trainer for IBF World Champion and WBC International Champion Manny “King” Melchor and WBO World Champion Tiger “The Priest” Smalls. He has also trained MMA pro fighters Israel “Lito” Ornelas and “King of the Cage” Champion Dean Lister.  Read Robert's Bio. 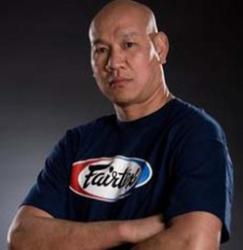 For over 30 years, Ganyao “Dr. Knee” Arunleung has been a driving force behind the famous Fairtex Muay Thai camps in Thailand and USA.  The closing of the Fairtex San Francisco camp in August 2011 ended an era of “Fairtex” as we once knew it.  However, the legendary training lives on, when the former Head Muay Thai Trainer, Ganyao “Dr. Knee,” chose Pacific Ring Sports to be his new home.  This was perhaps the hottest news in the Muay Thai community in the US in 2011 and marked the beginning of a new era.

Byron Green is the Head Trainer for the Youth Mixed Martial Arts program and an Assistant Trainer.  Byron signed on as one of our first members, when the gym opened up across the street from his apartment in 2004. Owner Mike Regnier noticed his potential, and within months, Byron was winning local smokers and amateur fights.  With a couple of other neighborhood boys, Byron made up the original fight team, and got people talking about “that new gym with the raw talent.”  Read full bio.

James is the first student to graduate from the PRS Youth Program, receiving his Black Belt in 2015.  He started PRS in 2009, after his best friend brought him in during a "difficult" time in school.

James moved up the ranks in the youth program, and became an Assistant Youth Instructor.  He says PRS’ Code of Honor - "Respect, Humility, Perseverance, Self-Control, Honesty," guided him, and the creed came to have more meaning as he spent more time training.  Read full bio.

Diana is a TRX/Strength and Conditioning Trainer at Pacific Ring Sports.  She is TRX® Certified, Russian Kettle Bell Certified, and ACE Certified.  In addition, she is a licensed Massage Therapist and a registered Dietician.  She has been a trainer for 15 years at numerous gyms throughout Baltimore and the San Francisco Bay Area teaching fitness boot camps, Yoga, TRX®, weight lifting, strength and conditioning, as well as works as a dietician and nutrition coach.  Read full bio. 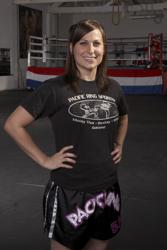 Shalon is an Assistant Trainer at Pacific Ring Sports.  She was born and raised in the Bay Area, studying dance and playing sports from age four through high school, including being a middle blocker/hitter on a two-year league champion volleyball team. Shalon went on to represent PRS as one the first female fighters and won her first smoker in 2007.  She is a kind, patient, and detail-oriented trainer.  Read full bio. 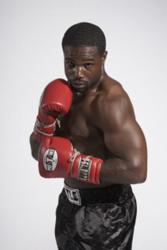